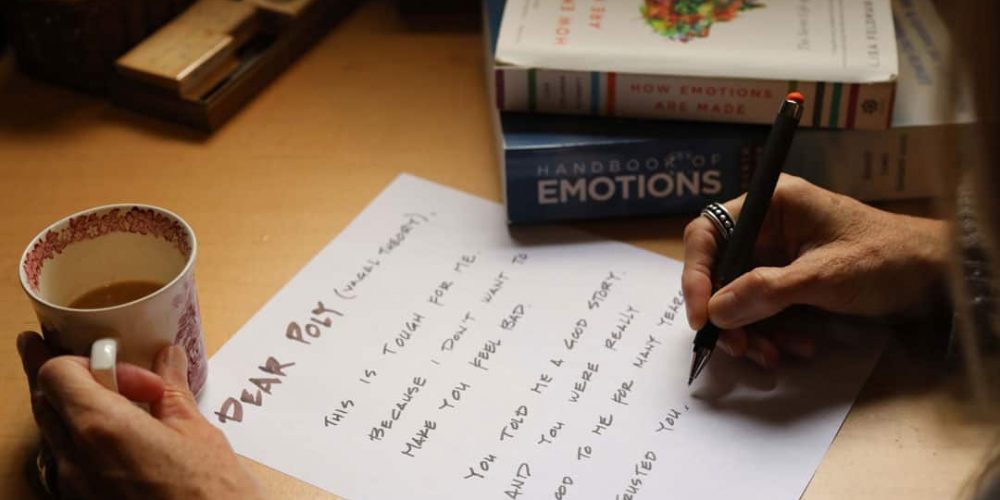 Breaking up with the polyvagal theory

Have you ever spent a long time in what you thought was a pretty good relationship only to have somebody else come along and make you see that things weren’t quite right?

Let me tell you. It’s a pretty weird feeling.

And I want to share the story with you because it’s totally changing how I help my clients get what they want more efficiently and effectively.

To do it, I’m going to share my breakup letter to Poly (Vagal Theory) with you, since it’s probably the simplest way.

My breakup letter to the polyvagal theory

This is tough for me. Because I don’t want to make you feel bad.

You told me a good story.

And you were really good to me for many years.

You were science, the best thing out there.

Nobody else could hold a candle to what you were offering. It was so great to have a biological basis for understanding what was going on psychologically.

Compared to all the philosophical concepts I had been taught to understand mental health, you seemed revolutionary.

You told me about an “old vagus” that shuts us down when we’re in danger, and a “new myelinated vagus” that coordinates our “social engagement system,” which I thought was cool and helpful.

These ideas allowed me to help people make sense of things that were happening in their bodies so they didn’t feel so freaked out by them.

But much of the Polyvagal Theory isn’t true

But, Poly (Vagal Theory), so much of what you told me just wasn’t true.

You made stuff up that just doesn’t exist.

And you contradicted data that was already well-known and undisputed at the time you came into the world in 1995.

Poly (Vagal Theory), there’s no “new” vagus.  And the vagus nerve does not coordinate a social engagement system. And there’s no “neo” cortex that only humans have. There’s just a cortex. And it isn’t new.

And we don’t have a “lizard” brain, or an “emotional” brain. Those things simply aren’t true. They do not exist as discrete entities in our brains. Our brains don’t work the way you say they do.

But you convinced me.

You were the most popular information from neuroscience that therapists had available to them for a looong time.

But Poly (Vagal Theory), I got hip.

I got hip to science that wasn’t as well publicized and not as popular. And I realized you’d been leading me down a path of fantasy. A path without a well-supported foundation.

Because, our brains don’t work the way you said they do. We don’t have a reactive brain. And it’s not always scanning for danger.

We actually have a predictive brain. And what it predicts about what is going on, and what is about to go on, in our immediate future is based completely on our past learning.

So, unless we learned that something was a “danger” in our past, our brain doesn’t know something is a danger. Because there’s no innate knowledge of “danger.” We must learn it.

We learn it through experience and culture, beginning with our family culture. And that culture is embedded in its particular societal culture, with its particular conceptual categories that it has created to get along in the world.

So, a “social engagement system,” Poly (Vagal Theory), is a concept. It’s an idea. It’s not a “thing” in our brains. And it’s not something controlled by the vagus nerve. No matter how many branches you think the vagus nerve has.

There’s so much more, Poly (Vagal Theory). But for now, just know, I’m on to you. And this is it. It’s over between you and me.

I’m moving on to the more well-supported, corroborated, and substantiated Theory of Constructed Emotions. It’s based on how the brain actually works.

So, thanks for the good times, Poly (Vagal Theory). You were good while you lasted. But I’m on to better science.

Are you interested in a discussion of applying the Theory of Constructed Emotions to bioenergetic analysis? Click HERE to watch it.